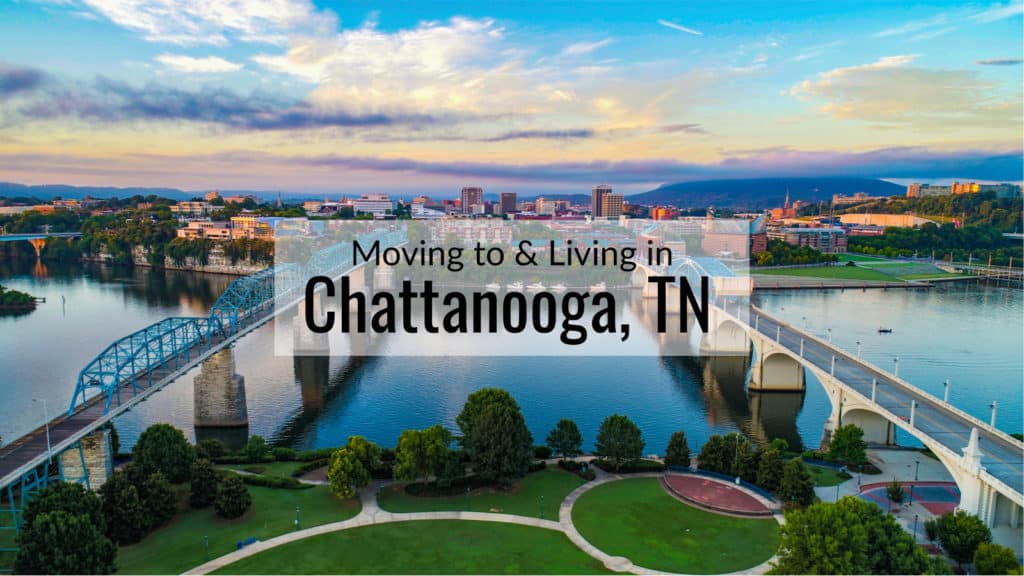 The seat of Hamilton County, Chattanooga is a beautiful city which serves as a transit hub for much of Tennessee. Chattanooga’s history is as long and colorful as the rest of Tennessee, being founded in 1839 after being settled by the federal government. Situated on the Tennessee River, its 118 miles northwest of Atlanta, and 134 miles southeast of Nashville.  The city grew at lightning speed due to commerce, and it was commonly known as the place where “cotton meets corn” because it was the geographic link between Appalachia and the South. Surviving through the Civil War, Chattanooga is now the fourth most populous city in Tennessee with a flourishing economic center and city culture.

The benefits of living in Chattanooga are great! Because Chattanooga is an important logistics hub in Tennessee, it means you can expect not only to meet lots of people but also get access to plenty of business opportunities. With all kinds of new development, new businesses, and a booming population, there’s never been a better time to move to Chattanooga! The city even touts the nickname “gig city” claiming the fastest internet in the US.

Chattanooga, has a large and diverse population, with 180,551 residents, with about 1,200 people per square mile. Being a transit hub, you can expect to see lots of people moving through and working in the city that don’t necessarily live there. Chattanooga is a pretty young city, with the average age being 37.6, and over 50% of the city’s population being under 40. Ethnographically, Chattanooga is majority Caucasian, (64%), but also has a significant African-American population of 31%.

If you’re thinking about living in Chattanooga, you should know that it has a pretty high crime rate, almost double that of the state of Louisiana. This does not necessarily mean that your neighborhood of choice will have a high rate of crime, but one would do well to invest in alarms and other security measures.

Chattanooga is host to many religions but Christianity is the single largest and Southern Baptist is the largest denomination with over 220 congregations. Chattanooga has over 20 zip codes, which include zip codes 37405, 37406, 37412, 37411, and more, but the good thing is, there is only one area code, which is 423.

Cost of Living in Chattanooga, TN

If you’re planning on moving to Chattanooga, you’ll be pleased to find that housing is surprisingly affordable for a city it’s size, with the median home price being $166,800, which is a little less than the Tennessee average housing cost of $177,500. The median household income here is significantly lower than other cities around the country, and slightly lower than the Tennessee average, at $46,730. Also, the cost of living, in general, is 3% lower than the national average, with utilities, groceries, and transportation all being below the US average, while housing prices are only 2% above the average.

Those moving to Chattanooga will find that their children are in good hands when it comes to great schools. The vast majority of schools in this city are public, meaning they are funded by the government, but there are also several well-known private schools excellent for those who want to invest more in their child’s education. Chattanooga is served by the Hamilton County School District and is served by excellent K-12 schools like Westview Elementary and the Chatt High Center for Creative Arts.

Some of you planning on living in Chattanooga have an interest in pursuing higher education or have children interested in the same thing. Thankfully, there are plenty of great Chattanooga colleges for just about any degree one could want! For instance, within ten miles, there’s the excellent Chattanooga State Community College, and for those of you seeking a four-year university, the prestigious University of Tennessee at Chattanooga is right in the center of the city!

Bordering both the South and Appalachia, those living in Chattanooga will be able to enjoy the best of both worlds! Although this city gets a little more rain than the national average, the summer highs of 89 degrees, winter lows of 29 degrees, and only 2 inches of snow a year means that Chattanooga has a very, very pleasant climate. Those looking to visit Chattanooga might consider visiting in either May or September, where it’s not quite as hot as summer but also not as cold as the winter, and the temperature generally stays in the 70s. However, it’s very humid in this area, so you’ll feel the cold and heat far more than you would in a drier area. That means it’s important to pack light clothes for the heat, and warm clothes for the cold!

If you love quaint homes and plenty of small businesses, you’ll love the North Shore! Situated right on the Tennessee River, you’ll be in walking distance of a plethora of boutiques, restaurants, small shops, parks, and more.

How about something a little more open? Riverview is just east of North Shore, and is notable for its wide variety of parks and eateries. Also, if you love bicycling, you’ll love it here, as Riverview has tons of paths and roads perfect for your biking adventures!

If you’re looking for something centered right in the beating heart of the city, then the Chattanooga Downtown might be a neighborhood more your style. Home to such famous places as the Tennessee Aquarium. And absolutely thriving in the business sector, Downtown is a great choice for those who want to be close to the action. All the great eateries, bars, movie theaters, and more will be just a short walk away while living Downtown!

If you’re looking for something with a little more class, you might want to try St. Elmo. This Chattanooga neighborhood features tons of beautiful and authentic 19th and 20th century architecture, St. Elmo is a great neighborhood for the history lovers out there. Not only is St. Elmo only a few minutes from Downtown, but it is also home to the Battles for Chattanooga museum, which features a holographically projected map of the Civil War battles that took place on the nearby Lookout Mountain.

That’s hardly all Chattanooga has to offer in terms of great neighborhoods. If you want to see what kinds of property you can find in this city, you can check out homes in Chattanooga, TN for sale here.

If you’re looking to make a living in Chattanooga, you’re in luck! Chattanooga is currently experiencing a growth in both wages and jobs, and since it’s a transit hub, there’s plenty of employment options to choose from! Compared to other cities of a similar size, the average salaries and hourly rates of Chattanooga might seem low, but the affordable cost of living in Chattanooga means you can get much more for less.

The average salary in Chattanooga is $56k a year, while the average hourly rate is $16.33. The fields that make the most money are mostly concentrated in the healthcare industry and trades, like registered nurses and electrical engineers.

Regardless of what profession you prefer, you should check out jobs in Chattanooga, TN, and begin your journey to making a living in Chattanooga!

Things to Do in Chattanooga, TN

Chattanooga, like most other big cities, has plenty of fun attractions and great things to do! Aside from the basic shopping like what you could find at centers like Hamilton Place or the high-end Warehouse Row, there’s plenty of cool things to do in Chattanooga!

Right in the middle of Chattanooga is the public Tennessee aquarium, an awesome attraction for people of all ages! Whether you want something fun to do with kids, or just want to observe the beauty of Earth’s aquatic life, this large facility will have something for you.

Ruby Falls is a series of underground waterfalls within Lookout Mountain, and is the tallest series of cave waterfalls open to the public. Needless to say, the surreal beauty of this underground wonder is a must-see!

Places to Eat in Chattanooga, TN

Not to be outdone by its wonderful attractions, Chattanooga is also home to plenty of fantastic eateries! If you want seafood, Italian, Asian, or anything else, Chattanooga is full of great restaurants!

The name might make this place seem low-class, but when it comes to seafood, nobody in Chattanooga does it quite like Uncle Larry! Opened in 2013 by Larry Torrence after constant pestering by his family, they really mean it when they say “this fish is so good, it’ll slap you”!

For a city it’s size you have a growing and large sports scene and you can choose from minor league baseball, professional cycling, college sports, and even the Ironman Triathlon. Chattanooga has professional soccer teams, rugby teams and of course many options for outdoor sports like rowing and running.

Tips for Moving to Chattanooga, TN

Finally ready to take the plunge and make Chattanooga your new home? You should give All Out Moving a call! We can make your move to Chattanooga, TN a breeze, and at competitive rates! 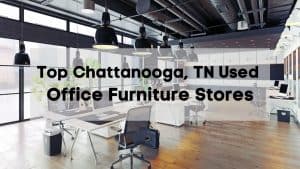 Besides the stress that relocating your entire office brings, it’s also expensive, so anywhere you can save money can dramatically help lower your overall costs. 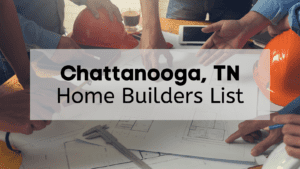 There are numerous options to consider when contemplating a move. Opting to build your new home from the ground up is an exciting choice that 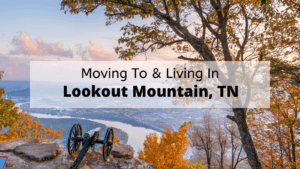 Are you thinking about moving to Lookout Mountain, TN? If so, you’re not alone. Located in Hamilton County, this charming small town southwest of Chattanooga 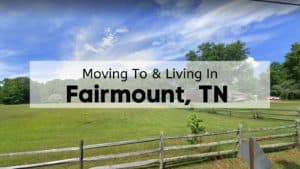 Steadily rested upon the glorious Walden Ridge lives the census-designated place of Fairmount, Tennessee. As a part of Hamilton county, this mid-sized suburb of Chattanooga